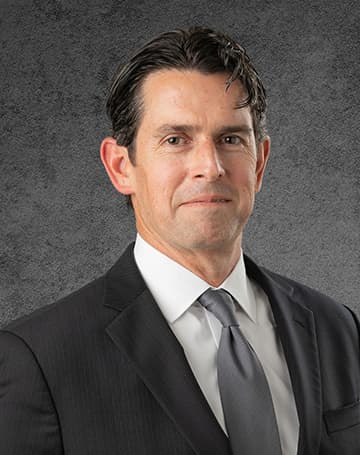 James Wilson was born and raised on the east coast in a suburb of our nation’s capital. Following a family move to Orange County in his early teens, Mr. Wilson completed his undergraduate studies at the University of California, Irvine, graduating in 1990 with a Bachelor of Arts degree in Social Ecology with an emphasis in criminal justice. Mr. Wilson next attended Southwestern University School of Law in Los Angeles, California, earning his Juris Doctorate in 1993. He was admitted to practice law in California later that same year. Mr. Wilson had the good fortune to serve as a judicial law clerk at the Los Angeles County Superior Court in a high-volume law and motion department. The clerkship was instrumental in forging a strong foundation in legal research as well as oral and written advocacy. In the mid 1990’s, Mr. Wilson transitioned into private civil practice, where he defended a wide array civil causes ranging from premises and product liability and insurance bad faith claims. Subsequently, Mr. Wilson earned an LLM in Taxation from the University of Washington School of Law and was admitted to practice in Washington in 2003. The advanced degree and dual state license further refined his practice areas to include the prosecution of catastrophic torts and wrongful death claims, trust and estate disputes, business and real estate litigation, and ultimately workers’ compensation claims.

Mr. Wilson has been fortunate to travel the world and to take up volunteer work close to his heart. It was through those experiences – traveling in South America and Africa, living simply, meeting folks of all walks of life – that things became more clear.

The great equalizer in our society is the American system of justice: It levels the playing field and gives EVERYONE the opportunity to be heard. Workers’ compensation is a small subset of that universe but tremendously important. Mr. Wilson was drawn to the work not only due to the sheer need for competent, empathic representation of injured workers; but also owing to the immense opportunity to have an immediate positive impact on someone’s life. Mr. Wilson draws from his diverse civil litigation experience to bring all of his skills and creativity to bear in any given case, humanizing the process for our clients, keeping them well informed, striving always to achieve the best possible results . . . and in the end, a sense of justice.

Mr. Wilson has dedicated his practice to workers’ compensation matters since 2007. He is an active member of the California Applicants’ Attorneys Association. In his free time, he enjoys trail runs with his dog Lady, surfing and backpacking in the eastern Sierra.