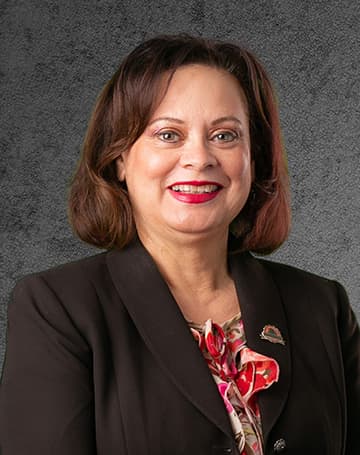 From 1998 to 2005, Ms. Morales was an associate and partner in a Law Firm in Long Beach and exclusively represented injured workers in handling all aspects of their worker’s compensation claims from intake, investigation, depositions and cross-examination of medical experts, discovery proceedings, mandatory settlement conferences, trial, petitions for reconsiderations, filing of Petitions for Reconsideration and Serious and Willful Misconduct of Employer, Petitions for Discriminatory Conduct by Employer and involvement in cross-over cases involving third party actions.

Ms. Morales was admitted to practice law in the State of California in December of 1989.

Ms. Morales is an active member of her Church. She is married and has two boys in college. She enjoys travel and gardening.