If you or somebody you care about sustains an injury in a motorcycle accident caused by the actions of another driver, you will likely be able to recover compensation for your losses. However, at-fault parties and their insurance carriers will put up a fight against having to payout much compensation at all. Here, we want to discuss the main negotiation factors for a motorcycle accident settlement in California. 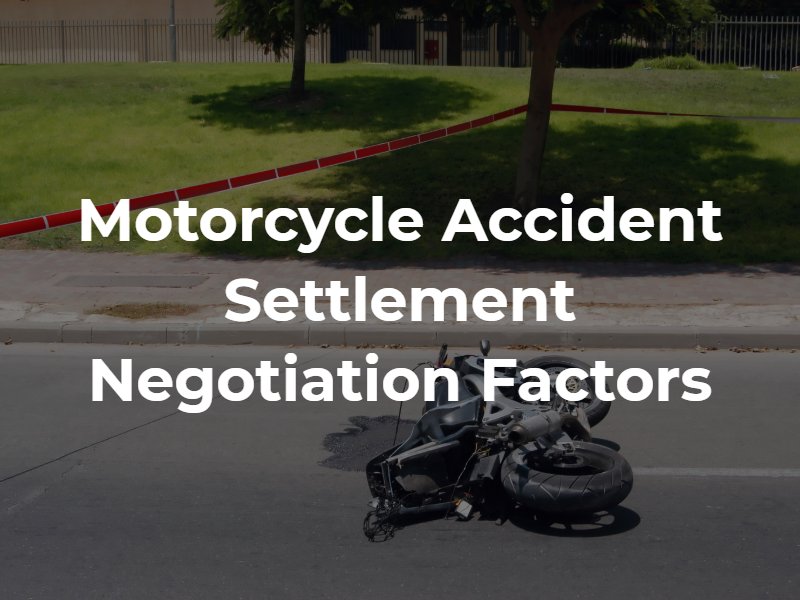 Proving Fault for the Crash

Perhaps the most important aspect of a motorcycle accident is determining fault. An injured motorcyclist is not going to be able to recover compensation if they cannot prove that the other party caused the crash.

Determining fault in the aftermath of a California motorcycle accident can be challenging and typically involves recovering various types of evidence. This includes:

Insurance carriers for the at-fault party are not going to hand over any money unless it can be shown that their policyholder caused the incident.

In some cases, there may be more than one party to blame for the crash. In fact, it is entirely possible that the motorcyclist involved actually played a role in causing the incident. California operates under a “pure comparative negligence” system. This means that individuals can still recover compensation even if they are partially at fault for causing the crash. Even if a motorcyclist is up to 99% at fault for a crash, they can still recover compensation. However, the total amount of compensation they receive will be reduced based on their percentage of fault.

It is often necessary to work with trusted medical and economic experts who can help adequately calculate total expected losses for the motorcyclist.

The insurance limits of the at-fault party are going to be important in these cases. No insurance carrier is going to pay more compensation than the policy limits. In some cases, it may be necessary to file a personal injury lawsuit against the alleged negligent party in order to recover additional compensation.

Having an Attorney Can Help

One of the most overlooked factors surrounding motorcycle accidents in California is a personal injury attorney. All too often, injured motorcyclists tried to handle these claims all by themselves without any legal assistance. However, insurance carriers have the resources necessary to stall these claims, and they are incentivized to pay as little compensation as possible. It is important to connect with an Orange County personal injury attorney if you believe you have a case.

When an insurance carrier knows that they are going up against an attorney, they will think twice about trying to settle for pathetically low amounts. When an injured motorcyclist has an attorney working their case, they will likely be able to recover more compensation than they would if they tried to handle their case on their own.