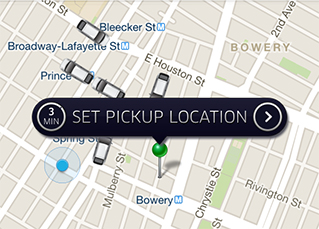 Uber, the popular modern alternative to regulated taxicab services, has been the hot trend for people in need of a chauffeur for the last few years. Many speculate that Uber is poised to overthrow taxis as the ride-sharing service of choice across America, but this success hasn’t come without pitfalls, mostly in the form of lawsuits against the company and its drivers for negligence and alleged acts of driver violence. Now, Uber faces a new class action suit – not from its customers, but from its drivers.

Uber is no stranger to lawsuits. In the mere three years that Uber has been a peer-to-peer taxi service, it’s been in dozens of cases involving alleged assaults, sexual harassment, and kidnappings by drivers. Uber and Lyft together have been involved in the deaths of at least 16 people. The difference in the latest lawsuit is that Uber customers aren’t the plaintiffs. Instead, Uber’s own drivers are filing a class action suit on the basis that the company classifies its more than 300,000 drivers in California alone as independent contractors instead of employees.

This misclassification has allowed Uber to avoid financial obligations, including paying unemployment insurance, Social Security, workers’ compensation, and other important benefits. The company also doesn’t have to reimburse employees for work-related costs such as gas, vehicle maintenance, highway tolls, and health insurance. Had Uber correctly classified its workers as employees, the law would require the company to provide these payments and benefits.

Drivers also allege that Uber doesn’t pay employees living wages in exchange for work they perform. Many claim that Uber has thus far gotten away with all this by classifying itself as a technology company rather than a transportation company. This loophole enables it to operate under the rules of a company that simply connects people with independent contractors who provide ride services rather than a company that provides this service, itself.

In addition to these allegations, Uber faces claims that the company has been dishonest with customers about how it pays drivers. Uber advertises that customers do not have to tip drivers, since the company includes driver gratuity in the fare it charges. However, drivers claim they do not actually receive the gratuity included for them, furthering the evidence that Uber has been unfair to drivers.

In a recent motion for a class action lawsuit filed in San Francisco, the judge held that Uber would not be a viable business without drivers. Uber’s revenue does not come from its software distribution, but rather from the rides its drivers provide – thus making it a business with employees, not independent contractors. Uber has significant funds available for legal representation, making actions against it difficult to win. However, the company may have finally run out its luck.

Uber has agreed to pay an $84 million settlement to drivers in California and Massachusetts for its employee misclassification “mistake.” However, it is unknown if the company is stipulating to keep drivers as contractors for the settlement. Reporters claim that Uber may have the upper hand in negotiations, claiming that the same judge who ruled against them in San Francisco violated Uber’s First Amendment and Federal Arbitration Act rights.

This is an ongoing class action lawsuit against Uber, changing day by day as more details become available to the public. If you’re an Uber driver in California whom Uber has misclassified as an independent contractor, seek legal help from local workers’ compensation attorneys. You may have a case against Uber you can add to the ongoing class action lawsuit, and be eligible to receive compensation for lost wages and benefits.