What Percent of Bicycle Accidents Involve an Automobile in California? 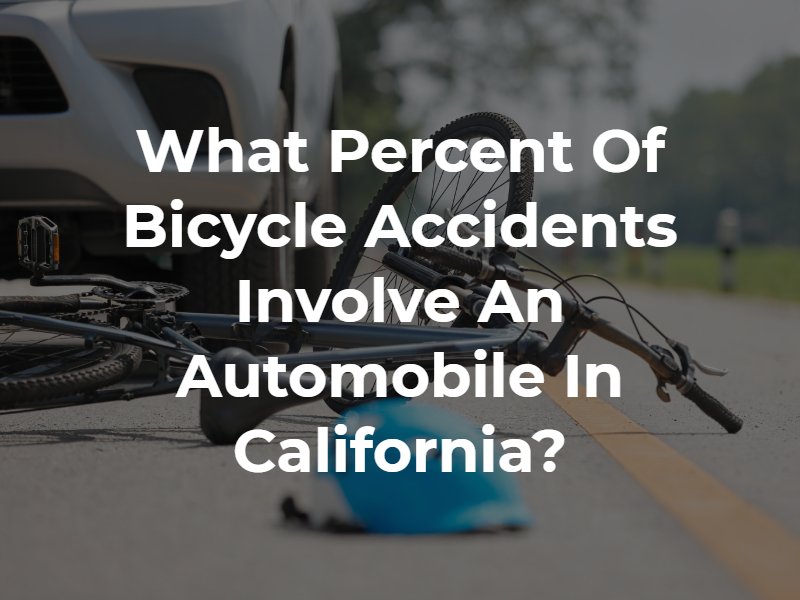 Bicycle accidents can result in devastating injuries for those involved, particularly cyclists. The reality is that bicyclists do not have any airbags or seatbelts to keep them safe in the event a collision occurs. When a bicyclist is involved in a collision with a vehicle, this means that thousands of pounds of force are slamming into the cyclist. Here, our bicycle accident attorneys in Orange County want to discuss what percentage of bicycle accidents involve collisions with motor vehicles.

When working to understand what percentage of bicycle accidents involve an automobile, it is important to point out that most bicycle crashes that do not involve vehicles will not be reported to any authority at all. When a bicycle crash occurs that does not involve another vehicle, it is very likely that the only responders will be EMS personnel, or it could be the case that a bicyclist or their family member will take them to the emergency room.

In other words, these incidents will not be reported to law enforcement, and there will not be an accident report.

Therefore, the data that we do have related to bicycle accidents in California and throughout the US usually deals purely with incidents involving automobiles. Data provided by the California Office of Traffic Safety shows that there were more than 10,000 total bicyclist injuries caused by vehicle collisions during the latest reporting year. Unfortunately, 133 bicyclists lost their lives as a result of collisions with vehicles.

Data from the National Highway Transportation Safety Administration (NHTSA) indicates that there were 846 total bicyclist fatalities during the most recent reporting year across the country. We also know that bicyclists in urban areas face much higher risks of being involved in collisions with vehicles.

Bicycle versus vehicle collisions are much more likely to occur when vehicle drivers are distracted by their phones or their devices, impaired by alcohol or drugs, operating too fast for conditions, or generally disregarding traffic laws.

Bicycle accidents that involve vehicles are likely to result in much more severe injuries for bicyclists. The reality is that the human body is not meant to withstand the force of a vehicle slamming into it, regardless of what type of safety equipment the bicyclist is using. The average passenger vehicle weighs approximately 4,000 pounds, and it is not uncommon for bicyclists to sustain broken and dislocated bones, traumatic brain injuries, spinal cord injuries, internal damage, and significant scarring and disfigurement as a result of these collisions.

Other Causes of Bicycle Crashes

Bicyclists can certainly sustain accidents that do not involve other motor vehicles. Some of the other common ways that bicycle accidents occur include the following:

Anytime a bicycle crash occurs, there is a risk of the cyclist sustaining injuries, even if another vehicle is not involved. This is particularly true for bicyclists who choose to ride without a helmet. Helmets are the number one traumatic brain injury preventative tool available to bicyclists, and we strongly encourage helmet usage.