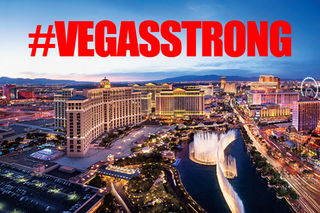 Over the past few days, MGM Resorts International, the Mandalay Bay Resort Group, and its subsidiaries have sued thousands of victims of the Route 91 Las Vegas concert shooting in Federal Courts in California, Nevada, New Mexico, Arizona, Texas, New York, and Alaska.  MGM’s unprecedented move to sue victims of its negligent conduct is based upon a federal act that MGM’s own attorney admitted in a declaration attached to MGM’s removal papers, seeking to take the victims’ lawsuit out of Nevada State Court and into Federal Court, that “There has apparently never been any litigation under the SAFETY Act.”  The SAFETY Act was enacted by Congress in the aftermath of the 9/11 tragedy to entice companies to develop anti-terrorism technology.  The lawsuit filed by MGM is seeking to have a court declare that the SAFETY Act applies to the conduct of MGM and Mandalay Bay, and thus removing any liability of these companies, despite allowing Stephen Paddock to use employee elevators to bring his weapons and ammo up to his suite, despite allowing Stephen Paddock to check into a room that was not under his name, despite failing to discover the bracketed door to the stairwell, and despite failing to respond to an alarm on the same floor as Stephen Paddock’s room an hour-and-a-half before the shooting.

The filing of these multiple lawsuits in Federal Courts throughout the country is a ploy for MGM to find a judge who will rule that the SAFETY Act does apply, and thus rule that MGM and Mandalay Bay escape liability.  Nevada attorney Robert Eglet, who our Nevada licensed attorney Anthony Modarelli is working with in our firm’s representation of victims of this shooting, agrees that MGM is “trying to find a judge they like.”   Moreover, MGM and Mandalay Bay are using MGM’s retention of Contemporary Services Corporation (“CSC”), the event management and security company at the concert grounds, to support their lawsuit against the victims that the SAFETY Act applies to them.  Yet, MGM and Mandalay Bay were negligent in the security of their own hotel, the Mandalay Bay Resort, where the gunman was permitted to amass his weapons in his hotel suite.

Besides the SAFETY Act, in court documents filed by MGM and the Mandalay Bay Resort Group, these companies are claiming they have no liability because an event such as the October 1, 2017 shooting or one similar to it was not foreseeable.  To the contrary, on November 29, 2014, a nearly identical situation occurred at Mandalay Bay where a hotel guest was able to bring multiple semi-automatic assault rifles, with on of the rifles equipped with a scope was position out of the hotel room window at the Mandalay Bay.  With discovery and disclosure of this prior incident, the filing of MGM’s numerous lawsuits against the victims is about “immunizing themselves from liability,” says Craig Eiland, a lawyer in Austin, Texas, also working with Mr. Modarelli. (https://www.nytimes.com/2018/07/17/us/mgm-resorts-sues-victims.html).

Standing along side Mr. Eglet and Mr. Eiland, our firm and Mr. Modarelli are committed to seeking justice for the victims of this heinous act that has multiple parties with dirty hands seeking to run from liability.  Contact our firm today if you were at the Las Vegas shooting, as we are representing victims from California and Nevada who were at the Route 91 Concert.