Who Is At Fault In Most Motorcycle Accidents?

The last thing you ever expect is that an accident will occur when you head out on your motorcycle. Unfortunately, we know that collisions with motorcycles and other vehicles do occur. When a motorcycle accident occurs, it is crucial to determine who caused the incident. Those involved should be able to recover compensation from the at-fault party, but determining liability can be incredibly difficult. 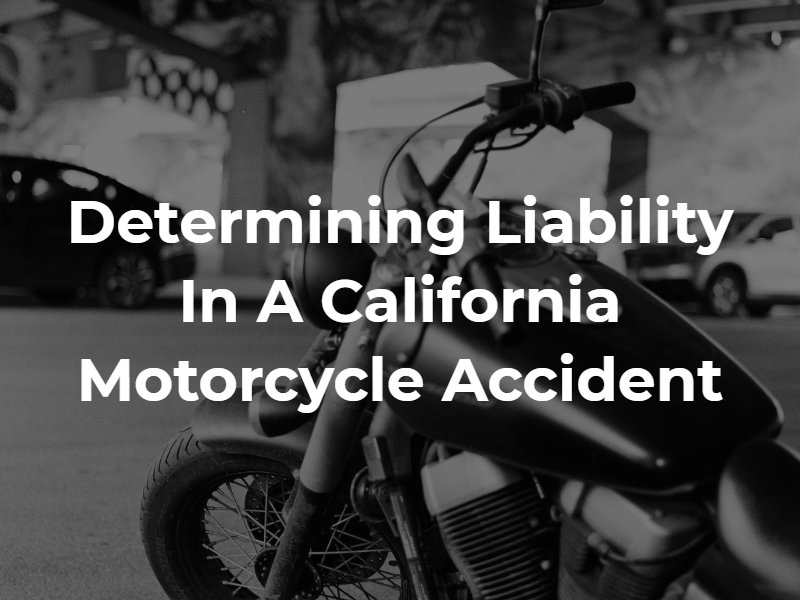 Data presented by the California Office of Traffic Safety shows that there were 474 total motorcyclist fatalities during the latest reporting year across the state. Additionally, almost 13,000 motorcyclists sustained injuries as a result of traffic collisions during that same year.

When we dig further into the data, we can see some statistics related to who is at fault for these collisions. During the latest reporting year:

This data is alarming and should send a strong signal to every motorcyclist in California that they need to take immediate steps to increase roadway safety. Motorcyclists are more vulnerable than most other types of roadway users. Motorcyclists do not have much protection from the force of a vehicle. There are no seatbelts or airbags, and there is no metal frame surrounding a motorcyclist. Even when a motorcyclist is wearing a helmet, they are much more likely to sustain injuries in a collision than those inside traditional passenger cars.

However, a significant percentage of fatal and injury motorcycle crashes are caused by other drivers on the way. This can occur due to simple careless driving, intentional road rage, impaired driving, distracted driving, etc.

Will Insurance Handle These Claims?

What About Partial Liability for a Motorcycle Crash?

It is not uncommon to determine that more than one party caused a motorcycle crash in California. This state operates under a “pure comparative negligence” system. This means that individuals can recover compensation even if they are up to 99% at fault for the incident. In cases where there is shared fault, an individual can recover compensation even if they are partially responsible for a crash, but the amount they receive will be reduced based on their percentage of fault.

Working With a Motorcycle Accident Lawyer

If you or somebody you love has been injured in a motorcycle accident caused by the careless or negligent actions of another driver in California, you need to work with a skilled injury attorney in Orange County as soon as possible. An attorney can use their resources to handle every aspect of these claims. They will investigate the incident, gather the evidence needed to prove liability, and vigorously negotiate to recover maximum compensation for their client.